The Z3 was a German electromechanical computer designed by Konrad Zuse. It was the world's first working programmable, fully automatic digital computer made in 1941. It was the predecessor of Zuse's Z11. It was made by Konrad Zuse. The Z3 was destroyed in ww2 by a bomb. Konrad zuse made Z3. The first entirely automatic computer controlled by programs is the Z3. The Z3 First working programmable and automatic computer. Konrad zuse was born in berlin. 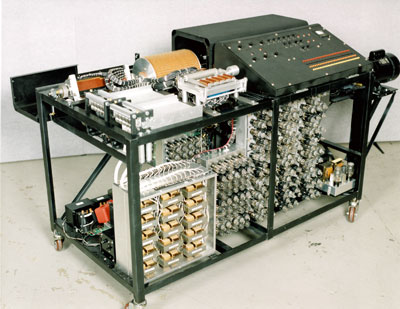