The step reckoner was invented around 1672 by the German mathematician Gottfried Wilhelm Leibniz. It was the first calculator that could perform all four arithmetic operations and it used rotating drums and a counter to make calculations.
Despite the step reckoner's flaws, it suggested possibilities to future calculator builders, and the operating mechanism that Leibniz invented was used in calculating machines for 200 years. It made computing with binary easier.
One interesting fact about the step reckoner is that it was highly unreliable and had frequent mechanical problems. 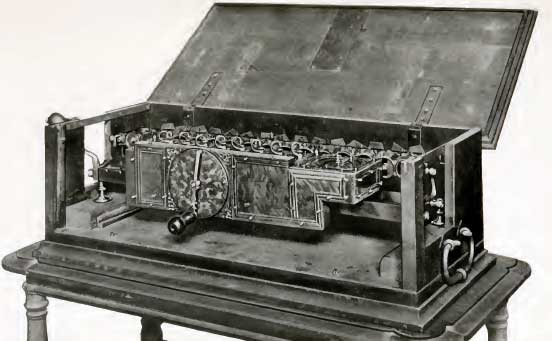