The astrolabe was invented between 120 BCE and 1600 CE by Apollonius of Perga. It was used during the Islamic golden age and the middle ages to determine local time and predict the positions of the moon, planets, and stars.
The astrolabe's less advanced features helped inspire modern techniques. It also led to the discovery of new methods of mathematics. Its purpose was to make astronomical measurements.
The astrolabe was a predecessor to the slide rule. The astrolabe was UNABLE to calculate the speed of a ship in nautical miles per hour.
One interesting fact about astrolabes is that Muslims often used them to find the direction of Mecca. Astrolabes were typically made of brass. 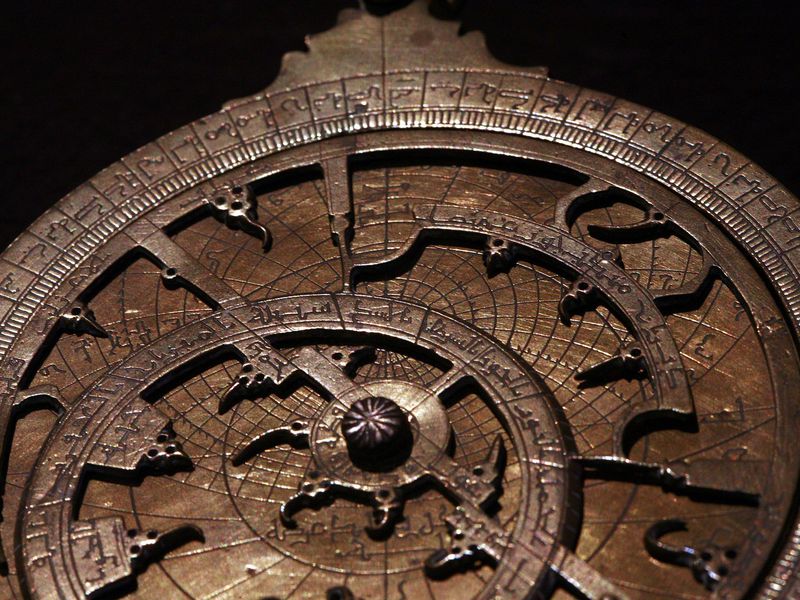